Taxi and Shuttle Service from Swindon to the Airport

Hexcars can take care of your transport from or to Swindon. From Bristol Airport, Swindon is easily accessible thanks to the M4 and the city has a top-notch geographic location. Bristol, Bath, Oxford, London, Gloucestershire, Swindon, and Chippenham are no trouble getting to.

Pre-book your journey here, or read on about Swindon and what to do when you are there. 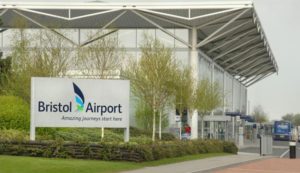 It takes just over 1 hour to get from Swindon to Bristol Airport. The journey will be about 50 miles.

Packed with culture, canals, and coffee shops, it’s no wonder why it is an eternally popular destination for a city break. This intriguing capital blends curious European café culture with stunning gardens and exciting nightlife. Amsterdam is one of the most charming capital cities in Europe.

Wander through Barcelona’s bustling streets before riding the cable car to Montjuic. This city has it all. Explore Gaudi’s stunning architecture or get immersed in the frenetic buzz that is Las Ramblas. Lose yourself in Spain’s most vibrant, colourful, and sophisticated city.

A floating maze of canals, magnificent palaces, Byzantine churches and over 450 bridges, there is no other city like Venice. Explore St. Mark’s Square, the world famous cathedral basilica or the frenetic atmosphere of Campo di Santa Margherita, Venice does not fail to impress.

Visit Edinburgh, the inspiring capital of Scotland. From Hogmanay or the famous Fringe Festival to the UNESCO World Heritage site, it is a world-class visitor attraction. This ancient heritage hub boasts a truly vibrant atmosphere that other cities just can’t match.

Prague, the city of a hundred spires with its uniquely preserved historical centre which forms part of the UESCOP World Heritage. From the winding lanes of the Jewish Quarter to the Gothic Charles Bridge, it is unmistakably one of the most beautiful cities in Europe.

Known as the cultural capital through its love of music, poetry and theatre, Krakow is a city of idyllic medieval squares and imposing Gothic architecture. With its bustling market square, spiralling gothic towers and castles, Krakow is brimming with charm and beauty.

Glowing red sunsets, dazzling golden beaches and the clubbing capital of the world, there is much more to Ibiza than meets the eye. Explore the beautiful whitewashed towns, endless beaches and countless coves along the picturesque coastline, it is the ideal destination of choice. 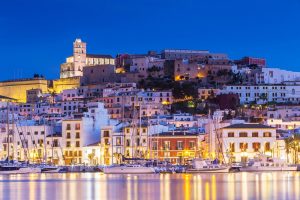 Bristol knows a great shopping centre which is easily accessible from the Airport.

For those who enjoy seeing a bit of history, there is nothing quite like walking on the SS Great Britain.

Enjoy a beautiful sight of Bristol from the Cabot tower. 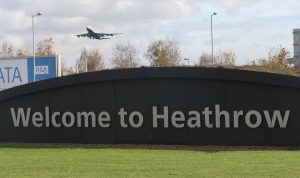 The journey from Swindon to Heathrow Airport will take you around 1 hour and 15 minutes and it is about 70 miles long.

As Heathrow is an international airport, there are over 175 destinations to fly to.

The capital of the People’s Republic of China, Beijing (formerly Peking), is a very modern and exceedingly busy city (well over 20 million people call it home) with high-rise buildings, international hotels and sprawling suburbs. The city is abuzz with cranes on the skyline as construction projects give rise to new skyscrapers and modernisation proceeds apace.

The modern capital city of Japan, Tokyo could be described as too good to be true. People dress in the latest fashions and experiment with the latest technologies, excellent restaurants serve up delicious food of all varieties, and the trendiest nightclubs keep going throughout the night.

Amsterdam wears two faces. On one, it beckons youth with its notorious Red Light District and liberal views around marijuana use. On the other, it offers discerning travellers some of Europe’s finest museums and art galleries. Its houseboats, bicycles, cobbled streets, and quaint canals are a visual treat.

The Eternal City of Rome, in whose name the Caesars sought to claim the world, opens for the visitor like a living museum, liberally dotted with fascinating ruins, surviving relics and archaeological sites. The centuries peel back with each new vista in this great city of gladiators, lunatic drivers and sumptuous pasta dishes.

It is impossible not to fall in love with Paris. The city is a unique blend of iconic architecture, stylish fashion, hedonistic cuisine and illustrious art, all beautifully laid out on the banks of the river Seine.

New York City is without doubt one of the top urban travel destinations in the world and the city’s immortalisation in numerous movies, books, and television series ensures that most people are familiar with the many attractions of this famous metropolis.

Hawaii has some of the best beaches in the United States, each unique in its dimensions, shapes and hues. These sandy stretches are fronted by crystal waters teeming with tropical fish darting through forests of coral.

Days are warm and sunny, the mansions of Beverly Hills are the height of luxury, beautifully-sculpted bodies roller-blade along the beachfront boardwalks, blonde-haired surfers compete for waves and the allure of Hollywood’s fame and fortune is as strong as ever. Everyone either adores or despises the Golden State, the ‘spoilt kid’ of the USA.

The capital of Jamaica, Kingston jives to the beat of the reggae music that was born here and has swept through the world. It is the largest English-speaking city south of Miami. The city is situated on a wide plain with the world’s seventh-largest natural harbour to the south, and the Blue Mountains behind.

And these are only 10 of the 175 amazing destinations Heathrow can take you!

Swindon is a large town in the South West of England, located between Bristol, Reading and London.
Events held in Swindon include; the annual Gay Pride Parade called “Swindon And Wiltshire Pride”, The Summer Breeze Festival, a family-friendly music event run by volunteers, The Swindon Festival of Literature and The Swindon Beer Festival.
The city is quite large giving it lots of options to explore restaurants and music performances throughout the city.